Recently, Nortwest Science published a special issue on Climate Change Impacts in the Skagit River Basin. Included in that special issue was the paper that came out of my Master’s work. The idea behind the work was to combine a series of modeling capabilities as a proof of concept for how we can start planning for changes in flood regimes given our current knowledge of climate change. 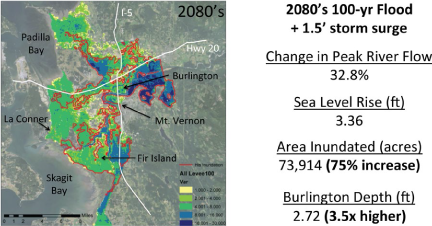 The work itself was by no means an exhaustive evaluation of modeling approaches for climate impacts studies. Instead, we aimed to show that you can combine tools in a modeling chain to provide projections of future flood risk. The modeling chain in our study was roughly:

The Flo2D model is the same model used by FEMA and USACE for their flood mapping activities. This allowed us to provide a “real-world” demonstration of the impacts of changes in flood magnitude and sea level rise.

Following up on my work, The Skagit Climate Science Consortium (SC2) funded work to provide an interactive mapping tool that allows users to visualize future flood scenarios. The tool turned out really nice and is publicly available here: http://www.skagitclimatescience.org/flood-scenario-map/. 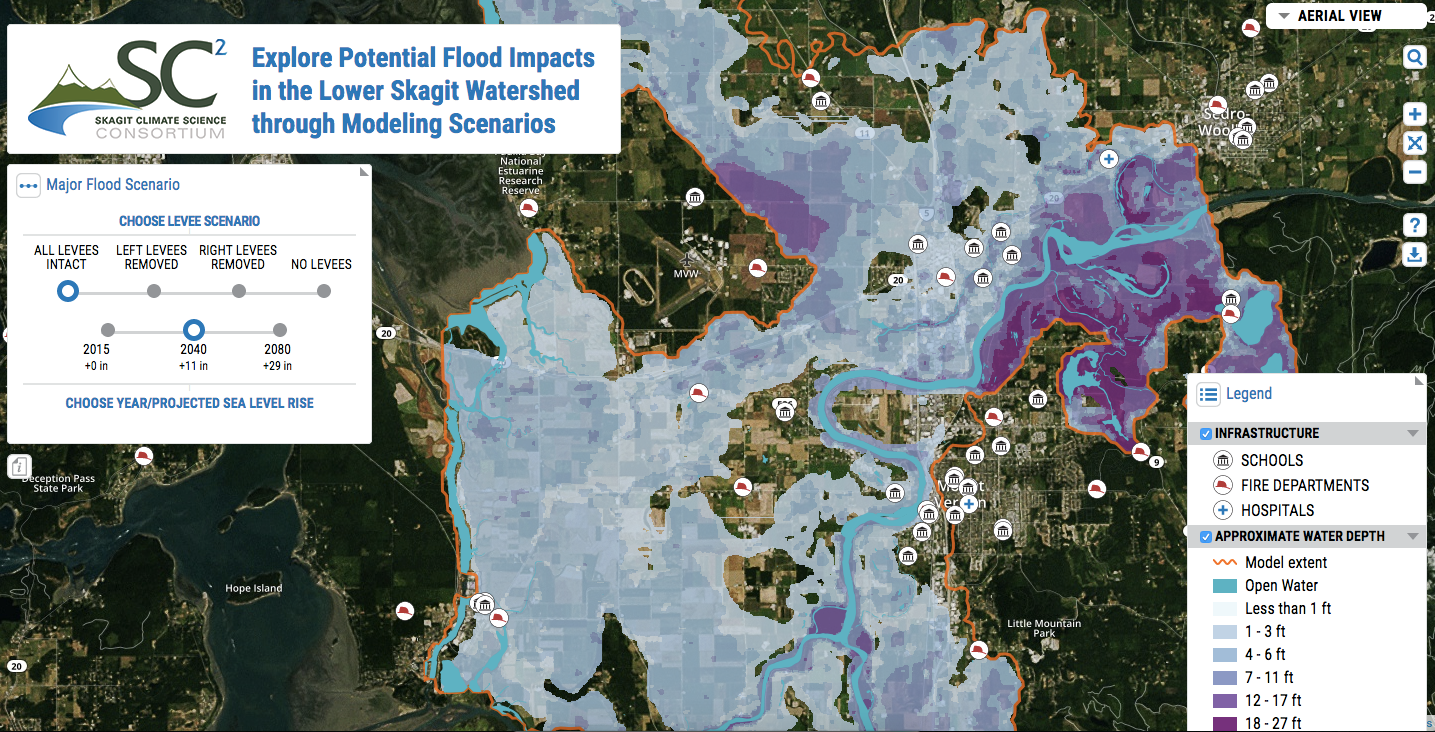